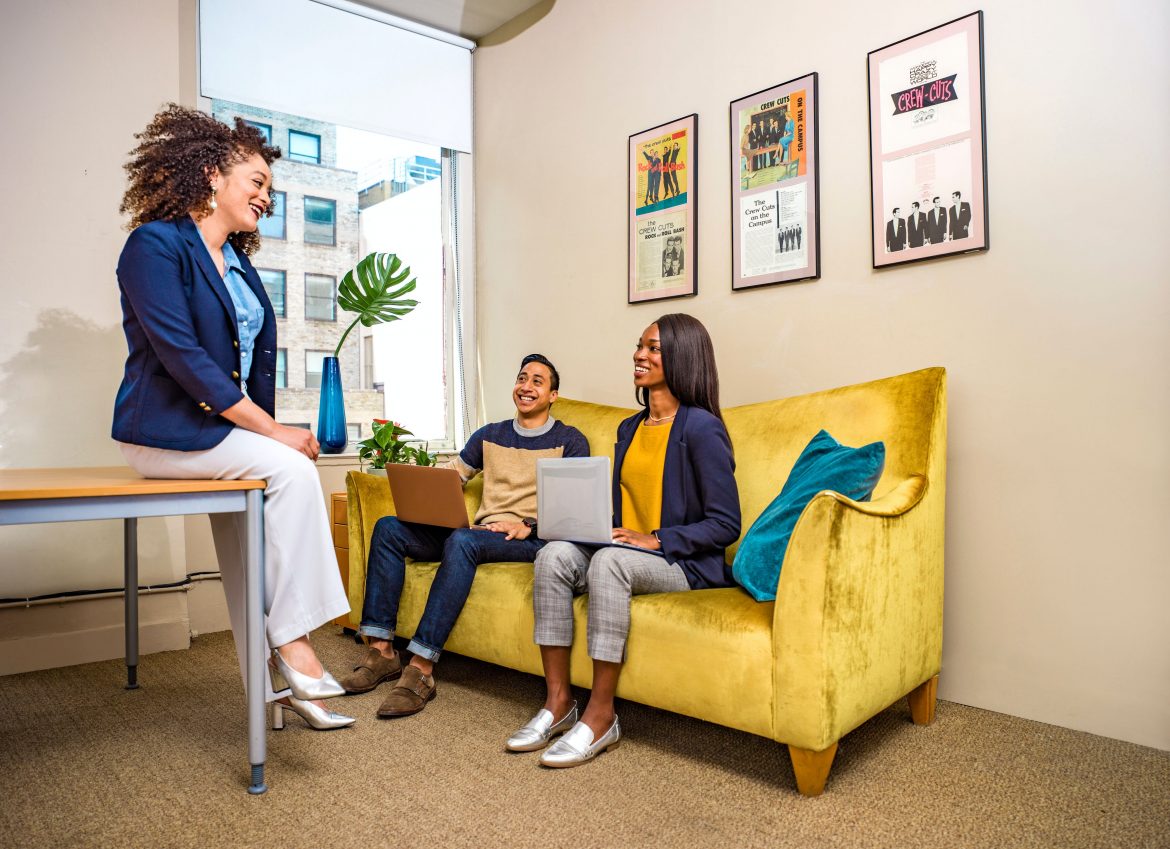 To publish your app, the Google Play feature graphic is actually required even if you don’t have a promo video because Google wants to have it in case they decide to feature you.

WHAT IS THE FEATURE GRAPHIC AND WHY IT IS IMPORTANT?

Because you might read posts that still talk about how and where the feature graphic was displayed before, let’s quickly address this.

So it was at the very top of the Google Play Store listing. For everybody.

But since the Google Play Store redesign, the feature graphic is now displayed before your screenshots. And if you added a YouTube promo video to your app store listing, there is a Play button overlaid on top of it that allow visitors to watch your video.

If you do have a promo video this makes it one of the most important creative assets of your listing, right along with your app icon and even more critical than your screenshots.

If you do not have a promo video, the feature graphic will not be displayed on your listing.

But don’t think you shouldn’t pay attention to it though. Here’s what Google says:

The feature graphic can also be displayed:

Here are the requirements for the Google Play feature graphic:

The good news here is that the feature graphic is an asset you upload, not a frame of your video like the video thumbnail on the iOS App Store.

WHY IS THE FEATURE GRAPHIC IMPORTANT?

We already answered this: because it is one of the most visible creative assets on your Google Play Store listing.

It’s easy to understand that because it “pushes” your screenshots, it really “replaces” them as far as the first impression is concerned.

The feature graphic that is displayed once you add a video therefore plays a double role:

This is not easy to achieve.

How with just one graphic can you do all of this, since it’s already hard to do with several screenshots?

The short answer is: with a mix of great visuals (including branding) and, in a lot of cases, copy. For the long answer and examples, keep reading.

Something else to consider is that if you’ve worked hard to get featured by Google, you want people that see your feature graphic to try your app.

Because it’s such an important ASO asset, you should also A/B test your feature graphic with Google Experiments or an A/B testing platform like SplitMetrics or StoreMaven.

HOW TO UPLOAD YOUR GOOGLE PLAY FEATURE GRAPHIC?

This is easy to do.

In the Google Play Console, go to your store listing. In the Graphic Assets section, below your screenshots, you’ll find where to add your feature graphic.

Side note: if you want to change the thumbnail of your promo video for people seeing your Google Play Store listing on desktop, you need to change your YouTube video thumbnail directly on YouTube.

Giving the possibility to A/B test it with store listing experiments we can also assume they’ve tested it, since it’s one of the most important assets!

Let’s have a look at several interesting examples you can draw inspiration from.

This feature graphic example from Episode checks pretty much all the boxes.

The colors are bright and the image catches the attention. The game characters they have showcased give a good idea of what you’ll then find in the game, and the way they interact with each other already creates storytelling.

They added branding through their logo, and use a tagline to give better insights into what the game allows. This complements nicely the app title they already have, without repeating it.

When writing our post on App Preview poster frames we shared that they’re doing a good job on iOS.

It’s the case here as well where they manage to clearly convey what the app allows users to do.

They’ve also added their iconic M (which you can’t miss on the dark background!) and a food background so potential users already salivate.

We wanted to share this Android feature graphic from Matchington Mansion because it uses the split screen concept.

The game is about renovating your mansion, and showing a before/after visual works pretty well here.

Interestingly enough on the graphic there is no mention at all of the match-3 aspect of the game. Since this is something that is only shown in their 5th screenshot, we can probably assume that this is not the main selling point they use.

Something that could be worth testing is actually having a “before” and “after” mention like they did on their second screenshot.

This is definitely a carefully crafted feature graphic.

They did a great job at illustrating many ways you can “kick the buddy” and the asset is totally in line with the game’s design.

The layout of the feature graphic is also good: there is not any important visual element below the play button.

Like for Kick the Buddy above, you can tell that the developers carefully thought about their feature graphic.

The logo on the left is made of lights and very stylish, and on the right they’re showing the game’s main character in action like if he was ready to get started.

What we like in this feature graphic example is how it puts in opposition 2 teams by showing characters on each side.

The visual is very polished and conveys the essence of the game through storytelling.

With the big trend on battle royale games, they also added the corresponding copy to make sure people would get the battle aspect straight away.

Only thing that might make it even better would be to figure out a better placement for the game logo, since here it is mostly hidden by the play button.

We like this Google Play feature graphic from Pandora because of its artsy style and the meaning behind it.

It combines several designs, which evocate (to us) the diversity of music that can be found as well as the app’s personalization capabilities.

Each design also has the Pandora “P” logo, reinforcing branding without being repetitive with the app icon.

That said it would be interesting to test adding some short copy that tells users more about what the app already allows (for those who don’t know). We would also be very curious to see an A/B test where they make a feature graphic out of their first 3 screenshots (see below – maybe less text-heavy though).

We love how Trivia Crack is leveraging social proof in this feature graphic example!

Not only do they have a clear text claiming the most popular trivia game, they used characters from the game to visually tell us more about the app.

In the app each character is used for a category, and here in this feature graphic we have them (and the logo) playing together on top of the world/earth.

Along the following screenshots they also re-use these characters which gives some branding consistency to the full listing.

If Best Fiends keeps this feature graphic for too long, then it might end up in the “fail” category.

But if we assume that we’re still close enough from Valentine’s Day, then this is an interesting use of seasonality for a feature graphic.

They have several elements in Valentine’s day’s spirit (envelope, banner) and they featured the game’s characters in a playful way.