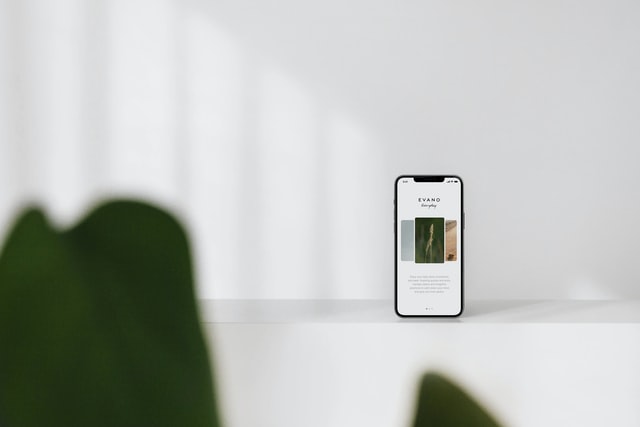 We’ve discussed why using SKAdNetwork data has such limited application, but we do have several other important data sets available to us to help model predicted campaign revenue. SKAdNetwork has put in motion a new mobile programmatic framework marked by data receipt delays, loss of user-level data, and reduced visibility of post-install events.

With the latest changes to its privacy policy, Apple has modified the way measurement and attribution work on iOS. Advertisers face further limitations in this new reality that SKAd introduces. With less data to work with, there’s an increasing need for transparency. At Smadex, we built the solution to excel in this context: our new Flexible Mapping tool.

If probabilistic attribution is not allowed by Apple, SKAd will be the only source of information to track installs of users that don’t opt-in. It’s already the case for some MMPs.

Do you need to know which creative, exchange or creative type is performing better? Well, one thing is for sure: SKAdNetwork will not provide this information by default. That being said, using the campaign_ID smartly with Smadex Flexible Mapping, you can achieve this goal.

Smadex’s Flexible Mapping is the superpower advertisers have been waiting for. With this new tool, advertisers are able to organize the 100 fields for campaign_IDs available on SKAd to map creatives, connection type, ad size… or any other variable most relevant for their campaigns.

With Smadex Flexible Mapping, advertisers can identify which combinations of variables get the best performance without uniquely identifying the user and complying with Apple privacy rules. “It’s like building your own algorithm based on what you need to know to optimize for SKAd. You can do it yourself, directly from the Smadex platform”, highlights Jordi de los Pinos, CEO at Smadex.

And it gets better. This new Flexible Mapping solution for SKAdNetwork is fully integrated with our current reporting tools. In the below example, one client used the Flexible Mapping to see which exchange provided more SKAd installs, and the results showed in the reports immediately.

Why Only Using SKAdNetwork for Campaign Optimization Is Insufficient

As clarity starts to form around how MMPs and ad networks plan to work with SKAdNetwork, we’d like to spend some time discussing in more detail how we can use Apple’s SKAdNetwork for performance marketing and why it’s critical to consider more than just this set of data for campaign optimization.

What does it mean to only use SKAdNetwork?

The key piece of data within SKAdNetwork to help with campaign optimization is “ConversionValue” (conversion value). This piece of data gives some indication of post-install performance and is sent to the ad network by the app and reported at the campaign level. This conversion value can be defined using early revenue, engagement, and retention events, or—most optimally—predicted LTV (pLTV).

An advertiser can decide to optimize their campaigns solely by using the conversion value, making bid and budget decisions based on the number of conversion values in any single campaign or channel, effectively normalizing the performance across channels and campaigns. In practice, this would mean that one conversion value from Facebook would be valued the same as one on, say, Unity Ads.

For the remainder of this article, we’ll assume that the final conversion value is sent to the ad network within the first 24 hours after install, as per Facebook’s definition. Therefore, using only SKAdNetwork data to optimize your mobile marketing campaigns means you:

There are two significant inefficiencies when extrapolating conversion value to LTV:

The conversion value, whether based on early revenue, engagement, or predicted LTV (pLTV) acts as an early signal for ad networks to optimize against. Ideally, we’d like to update the predicted ROAS (pROAS) for campaigns or channels based on updated user behavior, which would give us a more informed view of the historical performance of campaigns. For example, if we see that user LTV has changed after the first 24 hours, it’s prudent to update our understanding of the campaign pROAS, even though that may be several days in the past.

When using only conversion value, however, to optimize SKAdNetwork campaigns, there’s no consideration for the underlying users that make up these campaigns. This means that once the conversion value is received from the ad network (via an MMP) and the D0 KPI is calculated, there’s no way to then update this prediction based on updated knowledge of each campaign’s underlying user behavior.

The core challenge with only using SKAdNetwork data to optimize campaigns is that we don’t know what the underlying user behavior of a campaign looks like. If we don’t have this data, we can’t determine if users or campaigns with the same conversion value actually behave the same. We should then try to understand what the underlying behavior of users is in the campaign to solve this problem. When working on this problem, we’re not trying to create a one-to-one mapping of install-to-campaign, that would be impossible based on how SKAdNetwork works and against the spirit of Apple’s privacy initiatives. It’s useful, however, to use statistical methods to create probabilities for which campaign each install might have come from.

What other data sets are available?

We’ve discussed why using SKAdNetwork data has such limited application, but we do have several other important data sets available to us to help model predicted campaign revenue.

Those data sets are:

1. Anonymized (user-level) behavioral data: This is a user’s in-app engagement and revenue data all reported against an anonymous user ID. As a user engages with an app, this will continue to be an abundant dataset encompassing all users’ behavior throughout their lifetime of using that app.

This is a critical data set to enable us to:

3. Deterministic attribution from MMPs: Where we know the attribution of a user, this data reduces the amount of statistical modeling we need to do to predict which users are coming from which campaigns. We can’t use this data as the basis for a model as this data isn’t a representative sample but useful nonetheless.

When we incorporate the SKAdNetwork data, the Anonymized (user-level) behavioral data and the Ad network-reported metrics, we can model the underlying user behavior of a campaign. This is key to solving the two core problems raised by only using SKAdNetwork postbacks that we highlighted earlier. Leveraging the anonymous user-level behavioral data, we can probabilistically attribute installs back to campaigns because we know the user-level behavior and can define the conversion value based on this user in-app engagement data. We can then map back to conversion value data from the SKAdNetwork postbacks.

Shown in the diagram above – the probabilistic attribution solution (we should note here that this is not a so called “fingerprinting” approach) is the only use case for the data which leverages all three datasets to their full potential. Measuring performance using only SKAdNetwork conversion values, as explained earlier, ignores the richer set of user data, resulting in a stale rather than a dynamic picture of campaign performance.

Another potential solution is to use media mix models (MMMs), which model high-level KPIs (e.g. total daily installs, total cohorted revenue) as a function of more granular inputs, such as campaign or channel budget allocation. In practice, MMMs have a high degree of uncertainty, as it’s hard to get enough signals to truly measure the incrementality of individual channels or campaigns, especially when these effects are changing over time and data quickly becomes outdated. This approach would also ignore the bottom-up measurement capability that SKAdNetwork provides.

Probabilistic attribution bridges the gap and provides advertisers with the most holistic measurement solution given the data that is available.