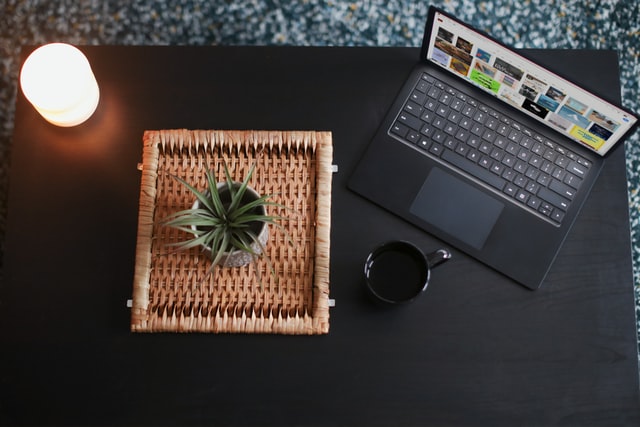 MyAppFree is excited to announce their first ever gaming contest on itch.io – Mobile Summer Contest 2021! From beginners to large game studios, there is a contest for everyone. From beginner game developers to large game studios, everyone is welcome to participate in this event. It runs from June 28th to July 28th, 2021 and has up to $1,000 in advertising credits as prizes. That means the top three games voted on by the MyAppFree content team will receive more traffic and exposure So what can entrants expect? Read on to learn more about the platform and how the game contest can help developers of mobile games drive new traffic to their titles.

itch.io is the home of unique and exciting indie games, with the largest indie game community. Some of the most loved indie games started here, including Doki Doki Literature Club, A Short Hike, and Minit. itch.io’s digital storefront features thousands of indie game titles that get added to every day!

MyAppFree’s mission is to strengthen the gaming community, scouting the massive catalog of games to find hidden gems and work with developers to run promotions and deals. That’s where this mobile game jam comes in.

For those who are unfamiliar with the concept, a game jam is a type of contest, similar to a hackathon, that invites developers to create a new game (or submit an existing title) to be judged based on a set of rules. There’s usually a theme and a time limit – and judges will choose their favorites to win a prize.

Why should indie developers join?

With thousands of new and unique indie games created every day, it’s increasingly difficult – and exhausting – to stand out. Game creators want more people to play and rate their games, and a game jam can help boost that much-wanted attention!

The Mobile Summer Jam has no barrier to entry – only that entrants are eager to submit and share their game for judging. There’s a chance of winning a prize that could grow their audience and gain their game the love it deserves!

The Mobile Summer Jam is exclusively focusing on mobile developers creating games that are available on Google Play, App Store, or both. There’s no need for contestants to have extensive know-how under their belt – indie devs of all sizes and experience levels are welcome to enter!

Whether entrants have a well-established studio and several games under their belt, and simply want more exposure to their favorite creations, or newbie developers who want to try their hand at creating a brand new game especially for the game jam, everyone is encouraged to participate.

Plus, the more devs that get involved, the higher the prize pool, with up to $1,000 ready to be won! MyAppFree will be judging all submissions and the top three games will win advertising credit to drive traffic and high-quality downloads to their game. Every game, no matter how big or small, is in with a chance of winning, as places are non-ranked.

Participants also feature on the discovery platform’s App of the Day section! To all devs, from budding game creators or studios that have already begun to make a name for themselves, now’s your chance to put your game out there and join the Mobile Summer Jam 2021.

Before you do anything, you should decide on a launch date. Mark it in your calendar.

Just like with anything else you plan; you need to have a clear deadline. Something to keep you on track. It will help you organize all your pre-launch activities and you’ll have a specific goal to strive for.

However, make sure that the date you have set is realistic. Otherwise, you’ll end up postponing the launch several times. That can negatively affect your marketing strategy.

So set a realistic launch date, try to stick to it, and plan everything around it. Otherwise, your launch strategy will water down, and the interest in your game will die off.

Do Some Research First

There are a couple of things you should examine in order to create a killer mobile game launch strategy. Here are the most important ones:

The first thing is doing thorough target audience research. The success of any mobile game launch depends on it. You need to know who you want to target, where, and why. This is not something you should guess.

Granted, it might be challenging to define your target audience when you’re launching your first game ever. There’s no existing data to go by. However, identifying what makes your game special and what kind of people might want to play it is a great start.

Start by defining the obvious — the age, gender, and location of your target audience for both soft and hard launch. Then, get more specific, are you targeting a casual audience or perhaps a mid-core audience?

Go even further, define the interests and motivations of your target audience. For example, for some gamers, their main motivations for playing mobile games are the ability to express themselves and experience a wide range of emotions through storytelling. For others, the main motivations are achieving a high level of skill and being better than other players.

I’d also recommend using Facebook Audience Insights, a free tool by Facebook. It’ll allow you to take a deep dive into your target audience; what do they like, what device do they use, what pages have they liked, etc.

This data should help you form the initial customer avatar. It comes in very handy when making ads or deciding who to target.

You don’t have to go a long way to grab your first win. Why try to reinvent the wheel?

Everything you need is already out there. Rather take a look at what your competition is doing. This is not something that will help you go big, but it’s a good way to get started.

When it comes to competitor intelligence — the market is crowded. There’s a solution and a source for any type of data or information you need.

How to know what you actually need?

The answer is simple — ad intelligence.

When it comes to paid ad intelligence tools, SensorTower is a great one.

Building an online presence early, long before you launch the game, has many benefits.

It allows you to create hype around your mobile game and start building a community that supports it. That way, when you finally launch, you’ll already have users that will download and play your game.

The first step to building a presence online is creating a website for your mobile game. Even though you still haven’t launched the game, it’s important to have a way to showcase it and announce the launch.

Here’s what a mobile game landing page should include:

The key thing for a successful launch strategy is to create a hype around your game and get noticed in this crowded market. Social media is the best way to do that — it’s where the people are.

But which social media networks you should be on?

Regarding TikTok, this is a social media network that’s rapidly growing in popularity. It’s particularly great for promoting mobile games. That’s due to the fact that it’s populated by a young Gen Z audience. Plus, it’s a video platform which lends itself well to showcasing mobile games.

Be Active in Gaming Communities

Along with social media, you should also be active in different gaming communities. Not just to blatantly promote your game, but to create real relationships with likeminded people.

Reddit is a platform that attracts a lot of gamers and developers, which makes it the perfect place to connect with the community.

However, Reddit has strict rules for promoting your stuff. There’s a 1:10 ratio when it comes to self-promotion so make sure you follow that. Otherwise, you’ll get banned or other users will destroy you and you won’t be able to show your face on Reddit ever again.

Besides Reddit, there are a lot of other mobile gaming communities that you can be a part of. Many of them are on Facebook.

As you establish connections in the gaming industry, make sure to collect emails. You should also encourage people to subscribe to your newsletter — that’s why it’s a smart idea to include it on your website.

Here’s why it’s important to collect emails early on.

If you already have a decent subscriber list before the launch, you can announce the launch to a lot of people and immediately convert them to users.