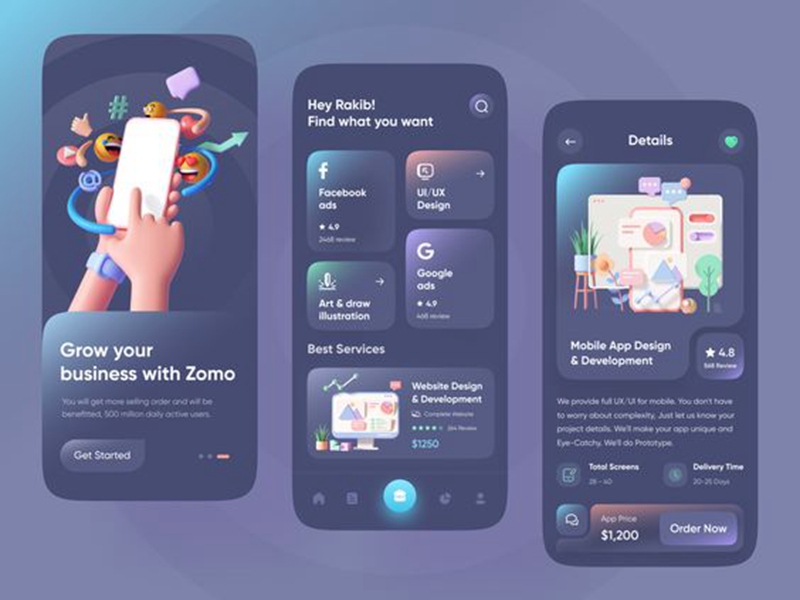 Every week, Digital Turbine, AdColony, and Fyber are teaming up to give you the latest news and insights in the mobile world. In this edition of Mobile Monday, Digital Turbine explains Google and Facebook’s different approaches to attribution, AdColony explores Netflix’s entrance into the gaming space, and Fyber gives a rundown on the metaverse and why it’s important. Learn all about these stories in this week’s Mobile Monday!

We’ve long believed that Apple’s privacy changes would end up creating changes that were positive for the industry — and one area that needed an overhaul was with measurement. And sure enough, both Google and Facebook finally went away from their “much derided” Last Touch Attribution methodologies to new models. The reason for the change is simple. With enough users opting out of ad tracking, the big tech companies could no longer effectively track iOS users and conversion events.

An interesting development is both Google and Facebook strategically took different positions in their new attribution models. Since Google’s owned and operated properties have a large reach, they adopted a multi-touch attribution model — using touchpoints from YouTube, Google Search, and their ad network. Facebook, on the other hand, has chosen an open-source marketing mix modeling solution.

As Big Tech makes changes to deal with the changing tide of the mobile ad world, it always should be watched with a skeptical eye. The changes by Google and Facebook, as the article explains, are done with their own best interests in mind — which is why you have such different choices to solve similar problems. Ultimately though, advertisers should still be wary of the accuracy of any 3rd party attribution data. The best solution is still to mobilize their own data and find their own attribution models that take into account all their different mobile touchpoints.

As promised earlier this year, Netflix has now officially entered the gaming space with the launch of five new games for Android devices with iOS to follow in later months. Among these games includes two based on its popular Stranger Things series along with casual games, Car Blast, Shooting Hoops, and Teeter Up. For Netflix users on Android, upon logging in, they will have the option to choose the games tab and download and play one of these five games for free.

The Adweek article also mentions how this is just the beginning for Netflix’s move into gaming. They acquired Night School Studio earlier this year and have plans to develop more games for people of all ages and interests. Eventually, Netflix hopes to be able to recommend certain games and personalize this tab to the user, just as they do with their streaming content, according to TechCrunch. With this push into gaming, Netflix is acknowledging that streaming platforms cannot consistently capture all audience attention and that more must be done to enlarge their user base.

This announcement comes as no surprise as more brands are realizing the potential gaming has to reach a wide variety of audiences. As most Americans are mobile gamers, there is a huge opportunity for companies and brands to capitalize on this pastime to engage users and create connections. Netflix will be the first of many companies to move into the gaming industry in order to remain relevant and increase growth. This announcement should be a wake-up call to any brands or advertisers who have yet to look into mobile gaming — now is the time to invest in this space as a powerful tool to reach a wide range of audiences.

The Metaverse: What is it, who’s in it, and why does it matter?

The gaming industry has grown massively in recent times. And it’s about to get even bigger. The topic of the “metaverse” has landed and spiked in popularity. So what is it, who’s in it, and why does it matter? Let’s take a brief look.

What is it: The metaverse is a virtual universe that seamlessly blends physical and digital environments. Seen as the future of human communication and interaction, or according to Mark Zuckerberg, founder of Facebook (now rebranded as Meta) — as the “next frontier,” people can teleport as holograms from work to events, and use cryptocurrencies to buy and sell goods. Imagine teleporting from work to a concert, making purchases — all from a headset, or glasses. The metaverse is a microcosm that has the power and potential to truly change how people live, work, and connect, forever.

Who’s in it: While nobody is quite sure what the actual level of immersion in the metaverse will be, Roblox and Fortnite have already been crafting metaverse experiences. So far, it takes integrating audience aggregation, a 3D engine, and a low-code live development stack. Zuckerberg admits that building the metaverse will take creators and companies of all sizes and together deliver an experience where users are present with each other.

Why does it matter: Roblox has 7 million people actively building content — and it’s only going to expand. Despite the disruption it will invite, this microcosm opens up opportunities to people who could never have made a game or real time experience before. The tools and platform are extremely capital efficient, requiring almost no upfront investment. This matters because it’s essential for every game developer to understand that their competition will include solo creators and teams with this level of simplicity, agility, and capital efficiency. Those who don’t do so will be at their own risk.