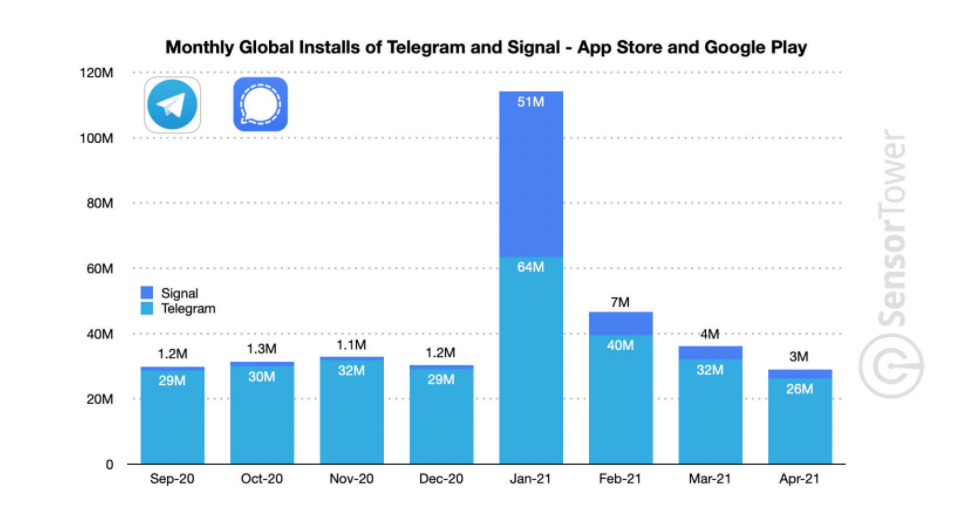 In light of controversial privacy updates by popular messaging app WhatsApp that would give its parent Facebook more access to user data, the company has been facing some backlash.

According to Sensor Tower data, people have been flocking to use alternatives like Telegram and Signal since the start of 2021.

However, despite the initial spike in adoption, downloads of Telegram and Signal are beginning o stabilise.

Both apps saw the biggest spike in downloads during January 2021 after WhatsApp news were announced.

Signal installs jumped 5,001% during January and the app continues to see consistent growth in downloads worldwide. 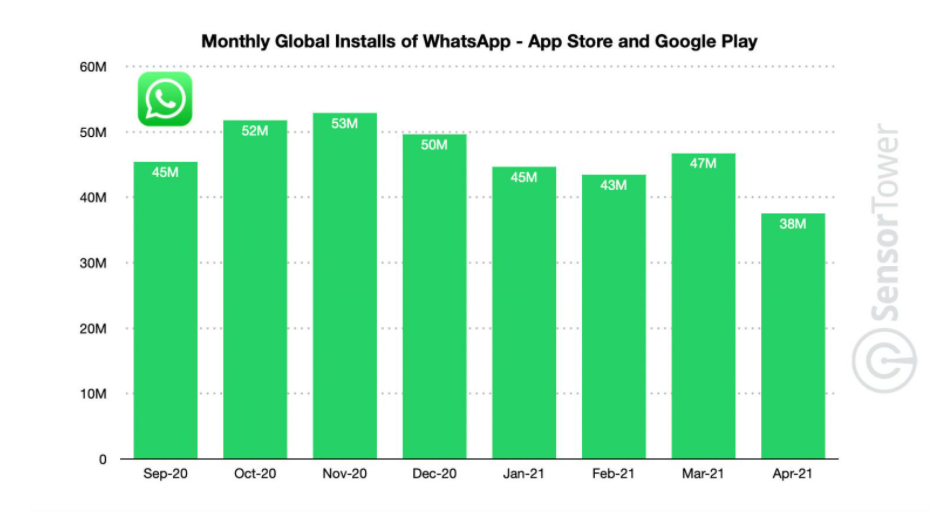 As the deadline for users to accept WhatsApp changes has passed (May 15th), there’s been a drop in installs from 45 million in January to 38 million in April 2021. However, a higher number of users (47 million) installed the app during March 2021.